← DRAGOMEIR SERIES – Creature Feature – “The Sabers”
CREATURE FEATURE – Solitaire Parke – Inspiration – Where does it come from? →

Hi there, my name is Tanis Nickolai Theatra and I am a Dragon Rider from Mt. Drago. I live way out in the Mojave Desert in Arizona, a magnificent stretch of the Country that is usually described as desolate compared to what most folks have become accustomed to, but I love it here. It is an amazing wilderness that is teeming with life and artistry, while at the same time exuding a kind of peace and solitude that I find fascinating and very comforting. That having been said, it’s interesting that inside the Mountain is a very large community that virtually no one knows about. We want to keep it that way! We have an assortment of distinct and divergent people and creatures that somehow all manage to coexist and work together on a daily basis. It’s quite amazing – especially the Dragons! Yes, I said Dragons. They really are as fantastic as you would imagine them to be, and much more. They are outlandish, whimsical, HUGE, eccentric, exasperating and downright unmanageable at times, but there is nothing more exiting or gratifying than knowing that I was called by an Emerald Dragon to be her special companion and rider. One thing is for sure, there is never a dull moment around Mt. Drago. I have been witness to places, creatures, and cultures that I would love to share with you, so if my life sounds at all intriguing, I hope you will join in some spectacular adventures with me, Tanis, and Demios, the Emerald Dragon. See you there! 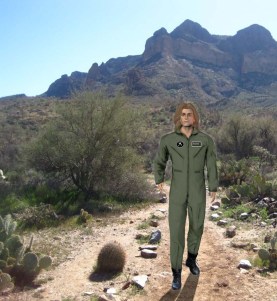 “The Emerald Dragon,” Book One of the Dragomeir Series

is available now in various formats below –

“Flight of the Aguiva,” Book Two of the Dragomeir Series will be out soon!

← DRAGOMEIR SERIES – Creature Feature – “The Sabers”
CREATURE FEATURE – Solitaire Parke – Inspiration – Where does it come from? →