Who is The Ariella? 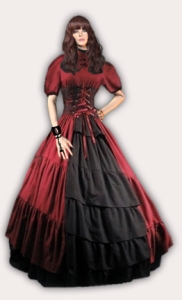 In the Dragomeir Series Book One, “The Emerald Dragon,” you will find a character called Queen Mother, The Ariella, which means Queen of the Dragons. She stands about five feet five inches tall, but carries herself like she is much taller, and weighs about a hundred and ten pounds. With dark brown hair and green eyes, she can appear pretty hard core, and can be a formidable opponent in a fight. She is, however, a real “softy” when it comes to her dragons. She is a very powerful woman and a Dragon Rider to two of the kings of their species, the black and white Wyvern Dragons, Basiliskos and Invectum, respectively. As the Queen Mother presides over the many Riders and their Dragons at Mt. Drago, Mt. Femmes, and Mt. Arcadia, you can imagine that her position is one that is very demanding and quite hectic on a daily basis.

In spite of her title, there are some who wonder if The Ariella is more than what she appears to be. There are many mysterious meetings, and she appears to know people that are in direct conflict with her entire Empire within the mountains. Even the Dragon Rider, Tanis, who has been very close to her for many years, is beginning to suspect that something is being kept secret from him. What is the real purpose behind the acquisition of other Creatures who are being brought into their world?  Why does she appear to be acquiring an army, and why do some of the strangers that are arriving at Mt. Drago seem to know her?  There are many unanswered questions about The Ariella.

Join Tanis and his Dragon, Demios, as they maneuver through the day to day struggles and adventures in the wonderful world of Dragons, incredible Creatures, and unusual planets, and find out if The Queen of the Dragons, The Ariella, is actually who she claims to be!

You can find “The Emerald Dragon” and coming very soon, BookTwo of the Dragomeir Series, “Flight of the Aguiva,” along with much more at –