Why is it called “Summer/Winter”?   Here in the Northern hemisphere, it’s mid-summer. Readers are loading their e-reading devices for summer beach reading and long-awaited vacations. South of the equator they are now in the middle of winter. They’re ready to curl up in front of the fireplace and enjoy a great read too!

Hello to all the readers and authors out there!  All my eBooks will be on sale for 50% off, so take advantage and stock up on plenty of books to read over the summer/winter.  You will find every type of genre with books from terrific authors all over the world. It’s an opportunity to find exclusive discounts from your favorite indie authors and discover new future favorites. So, check it out at SMASHWORDS.COM.

I’m currently working on a new book called The Atrium and a possible cover reveal will be up on my website soon.  In the meantime, I am continuing to do some Spring Cleaning on my digital content to make improvements and move forward into 2021.  Can you believe it’s half over already?  This year seems to be flying by.  Enjoy your Summer!

What do Favorite Books and Characters Give Us? 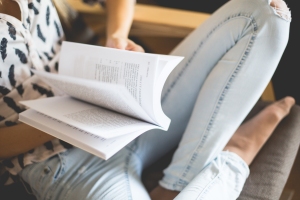 John Hemingway once said, “there is no friend as loyal as a book.”  I am a firm advocate of reading books.  I believe, as both an avid reader and writer, that knowledge is power and that there is always something to learn which will in some way make you a better person or perhaps a better writer.  Books can be motivational and inspiring or draw us into a magical world that takes us far from our often hectic and lackluster world.  Many of us have certain books that are like an old friend we can always rely on for encouragement or allow our minds to become creative.

Sci-fi author Ray Bradbury’s favorite books that most influenced his career were those in Edgar Rice Burroughs’s  “John Carter: Warlord of Mars series“.  “They entered my life when I was 10 and caused me to go out on the lawns of summer, put up my hands, and ask for Mars to take me home,” Bradbury said. “Within a short time, I began to write and have continued that process ever since, all because of Mr. Burroughs.”

It’s interesting that Bradbury would be a fan of Edgar Rice Burroughs, since the same author is the one that started it all for me with the book “A Princess of Mars.”  I have a very old hard cover of it sitting in my office in a glass enclosed case, in addition to a large number of his earliest paperback books that are prized possessions. 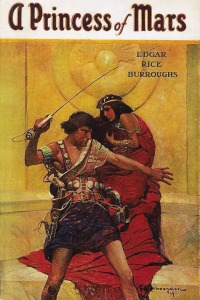 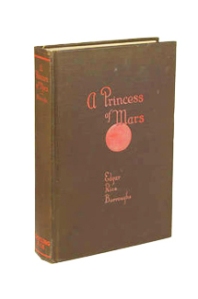 My favorite character from his books that I’ve read would have to be John Carter from the Barsoom novels.  He was the most singularly minded person I’ve ever encountered.  He was always in control, never faltered, was open and honest and refused to give up no matter how hopeless the situation seemed.  He openly loved the heroine of the story and was willing to move heaven and earth to be with her.  He inspired me as a child and the books inspired me to become an author.  How much more could anyone ask out of a series of science fiction books?  Don’t get me wrong, I’d like to be more like him, but I cannot in good conscience say that I find myself in that person’s character.  It’s just someone that I desired to emulate.  He didn’t remind me of anyone in particular.  A character of his caliber was larger than life, and inadvertently caused me to raise the bar of expectation to an unhealthy degree, at least so I’m told.

“What an astonishing thing a book is. It’s a flat object made from a tree with flexible parts on which are imprinted lots of funny dark squiggles. But one glance at it and you’re inside the mind of another person, maybe somebody dead for thousands of years. Across the millennia, an author is speaking clearly and silently inside your head, directly to you. Writing is perhaps the greatest of human inventions, binding together people who never knew each other, citizens of distant epochs. Books break the shackles of time. A book is proof that humans are capable of working magic.”

Grab a book and Keep Reading!

The End Is Only The Beginning.