Friday the 13th – Why is it Considered Unlucky? 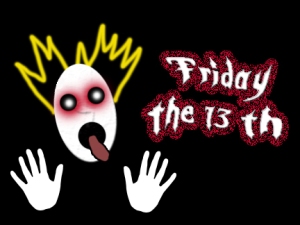 Don’t step on the sidewalk cracks, walk under any mirrors, and stay away from black cats are a few of the taboos on Friday the 13th.  We’ve all heard them before.   Most people do not take it too seriously, but there are some who dread the date. By the way, if you’re interested, the word paraskevidekatriaphobia means fear of Friday the 13th!  If you were looking for a definitive answer, there really isn’t one.   Like many cultural traditions and long-running superstitious beliefs, the exact source is unknown. It is most likely the result of many different factors, strengthened over time by a combination of specific incidents, folklore and religion that have evolved over hundreds of years to create what we now refer to as the unluckiest date in the calendar. Here are a few of the beliefs about Friday the 13th:

Do you consider Friday the 13th to be an unlucky date? Has anything bad ever happened to you on this day before? Do you have any superstitions to help you avoid bad luck? Add your comments below.

Posted in Friday the 13th, Uncategorized