Never give up – Never surrender! 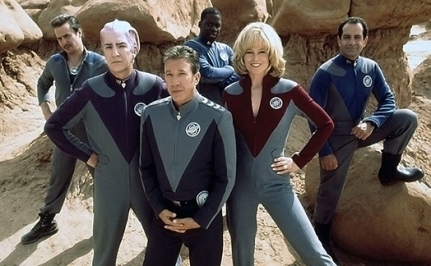 It’s a line spoken by actor, Tim Allen, from a movie – “Galaxy Quest.”  It’s one of the funniest sci-fi spoofs ever made.  It’s just one of those feel-good movies that you watch again and again, and it has a great message.   It’s so easy to get lost amidst the responsibilities and difficulties of life.  We struggle to find the time to write or create, and sometimes it can be all too confusing and disheartening to keep up the drive.  Many of us are working day jobs and trying to fit in our writing or whatever our passion is, around everything else.  What we need is creative clarity about what we’re creating and why we’re doing it in the first place.   Go back to the ”well” so to speak, and dig deep for your source of inspiration.  Do you have a great story that needs to be expressed, whether it’s as an author or in a painting?  Someone out there needs to hear or see what you have to say and it will profoundly connect with them in a meaningful way, and that is important.  It means continuing to be an artist even when there are setbacks, and a lack of validation.  That clarity will help you to prioritize amidst your busy life, and your amazing creation will materialize and give the world something to think about besides its everyday routine.  To be elevated above the mundane into a place that is intriguing, magical, whimsical or exquisite is what teaches us how to thrive and experience truly being alive!

Never give up – Never Surrender!

Check out my website for upcoming books and fun features.

Where Do Authors Get Their Ingenious Writing Ideas? 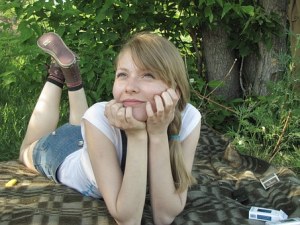 Do they just appear out of nowhere and land in your lap when you least expect it?  Probably not very likely.  Certainly some authors have wonderfully vivid imaginations, but others are often people who are simply good at making observations and interpreting them into amazing storytelling.  Their characters can even be based on someone they know in real life.  Some writers have so many ideas in their heads that it’s hard to know which one to go for.  There are an abundance of sources for inspiration.  Here are a few  –

“In Huckleberry Finn I have drawn Tom Blankenship exactly as he was. He was

ignorant, unwashed, insufficiently fed; but he had as good a heart as ever any boy

had.  His liberties were totally unrestricted. He was the only really independent

person—boy or man—in the community, and by consequence he was tranquilly

and continuously happy and envied by the rest of us.”

[the Great Depression and its effects].” – John Steinbeck

Ideas are free.  Just about anything we experience, see, hear or read can spark an idea.  We just need to be aware and observant – most writers excel at this.

What or where is the most unexpected place you’ve found a writing idea?